One year ago, I couldn’t think about anything but the pandemic. By the time the UK started to take it seriously, I had been worrying about it for more than two months: I had a Chinese coworker who had been telling us about the soaring cases in Wuhan since the first week of January, and by Chinese New Year she was worried sick about it. I didn’t know then that epidemiologists refer to the basic infection rate in an epidemic as R0, but I understood exponential growth very well and the doubling of UK hospital cases every four days before the UK went into lockdown alarmed me. I would have been even more alarmed if I had believed that the government was genuinely considering a ‘herd immunity’ strategy which would obviously have involved a death toll in the millions; I thought the rumours of such a strategy couldn’t possibly be true. I’m less sure now.

When Imperial College published their paper on suppression strategies, and the government started waving it around to justify the lockdown, I was quite relieved. I could see that it clearly meant suppression (that is, lockdowns) lasting years, not months. Bizarrely, by the summer,  the government appeared to have completely forgotten the graph showing that if lockdown was lifted, exponential growth of cases would immediately resume, and become catastrophic within two months. They lifted the lockdown, and even incentivised people to mingle in restaurants (it was called Eat Out To Help Out); one year on, the UK’s death toll from COVID-19 is around 150,000, well inside the top 10 worst countries in the world for death rate per capita, despite being an island. We could have imposed quarantine restrictions like Japan and Australia, but we didn’t. For much of 2020, the UK had the worst death rate per capita in the world.

We’ve also largely failed to get a contact-tracing system working, even 15 months into the pandemic. When one of my team at work caught COVID-19 recently, only two of us who had diligently downloaded the test&trace app were told to self-isolate. Another person who had the app found it wasn’t working, and the rest of the team never were contacted by test&trace. (Our employer sent us home for a fortnight.)

Although we’ve turned out to be far worse at dealing with COVID-19 in the UK than I thought we could be, the overall impact hasn’t been as bad as I thought it might be. We’ve got better at treating it so the fatality rate is lower than it initially was in China, and national governments (especially India, which dominates vaccine production) have surprisingly refrained from stepping in to control distribution of vaccines for political purposes, instead simply letting the free market determine rationing as usual. And astonishingly, we started to approve vaccines after just 9 months, not the 18 months I expected.

Consequently, only just over a year after the UK’s very late lockdown, I was called up to my local hospital to have the first of two ‘jabs’ (as we are calling them) of vaccine. I got flu-like shivers that evening; the next day, I had a killer headache all day and couldn’t get out of bed; I spent most of the following day in bed too, and part of the day after that, due to constant nausea. It was unpleasant, but not unexpected and at least I was confident of quickly recovering, unlike if I’d encountered the virus itself.

Even with increasing proportions of the population vaccinated, life isn’t going to go back to normal. It will be late 2021 before most UK adults will have been vaccinated, and indoor venues (restaurants, cafés, theatres, cinemas) cannot safely reopen before then. So the coronavirus will have dominated life for nearly two full years. In the meantime the decline of high street shopping has been strongly accelerated; shops won’t come back, nor will the use of notes and coins for payment. The wearing of masks by people feeling ill or vulnerable has been normalised, and won’t go away (I hope). Working at home has also been normalised; it’s been a long time coming, but it’s here to stay now. International travel may never go back to being the casual affair it used to be.

This is how things look in March 2021: very different to my thoughts in March 2020. In another year, perhaps things will have turned out differently again. That’s why I wanted to capture my thoughts here. 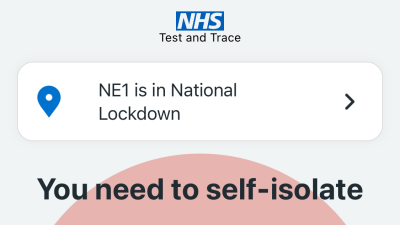