Also this week, while googling for something else, I came across the Guardian review of Kathy Acker’s collection of emails “I’m Very Into You”, in which the reviewer, Joanna Walsh, notes that in 1995 she was only checking email twice a day, while Kathy Acker was discovering how to fan the flames of an affair by email.

So I thought it worth describing, for posterity or something, that online social networks were around long before those writers discovered them.

I joined my first online social network in the autumn of 1986. My university had a Multics mainframe, which could be accessed from everywhere on campus and from other universities via JANet, and Multics had an app (which in those days we called a program) called forum which allowed groups of users to form interest groups on any topic (such as, for instance, wombats) and hold discussions which all members could see and participate in. Before long, I was making friends online and then meeting those people IRL afterwards – and some of those friends are still my friends now, more than 30 years later. The point is, since we were socialising online first, and meeting in person only afterwards, there can be no argument that this was not online social networking. Forum was not new in 1986, though the ability to talk to people who were at remote sites was relatively new. From 1987 onwards I was using it most days, chiefly for online collaborative fiction writing.

I was also using email from 1986 (my address was CCAse6-14@uk.ac.bham.cc.multics), initially to school friends at other UK universities, but before long I was making contacts at other universities, and by 1990, all over the world (requiring a fair amount of technical expertise in something called “bang paths”). We were sending steamy emails nearly a decade before Kathy Acker’s 1995 escapades, and I’m sure we weren’t the first!

The social network which changed my life the most was Usenet, which I stumbled onto in 1988 but only started using regularly – and by regularly, I mean a couple of hours per day by the early 90s – in 1989. I came out as bisexual online on the soc.motss newsgroup in 1990, before I had ever come out to anyone face to face, and was helped and encouraged by being able to be part of an online community while I was living in places with no local LGBT+ community, as I’m sure do many young LGBT+ people today. We formed the soc.bi group in 1991, and so strong was our online community that people travelled from multiple continents to attend our reunions 10, 20 and 25 years later.

Online social networks, and international email use, took off in the 1980s. SixDegrees was just the first web-based social network, and it came along after the web (which used to be called the WWW) and Javascript took off. Now, the web has become the platform for almost all online software. But web-based and online were not always the synonyms they are today. 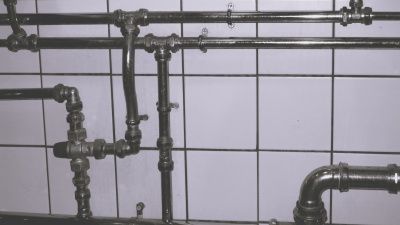