There's a train of thought, among those fed up with the government of the day or cynical about politics in general, that all politicians are crooks, and that only bad people could even want to be in politics. But I've known some very nice people who have been politicians, so I know this isn't true.

Nevertheless, the number of people fed up with party politics must be at an all-time high in the UK. Theresa May, who spoke unequivocally for Remain, has led the UK to a point where it will crash out of the EU with no deal in 6 weeks' time unless Parliament can decide to do something different, which up to now it has shown absolutely no sign that it is capable of doing: having rejected May's deal (to appoint herself to lead several more years' negotiation after Brexit), and also rejecting a motion of no confidence in her, and also rejecting a motion for a third referendum - which the media insists on calling a second referendum, forgetting the one in 1976 - and also rejecting a motion to delay Brexit.

Both main parties in Parliament are against everything except continuing to allow the clock to tick down to no-deal Brexit, which has so frustrated some MPs that, this week, a few MPs from both main parties split off to form a new group. As yet, The Independent Group is not a party in itself with an agenda or a manifesto, which I think is a very smart move if they want to attract further defectors from all sides of the House. And in three days, it has become the fourth biggest group in the Commons, pushing the Lib Dems into fifth place.

The Lib Dems were the third biggest party just five years ago. They have Nick Clegg's self-serving vision of what coalitions are for to thank for this. He, and his right-hand man Vince Cable, betrayed all those voters who had believed that the Lib Dems were left of centre, and they ejected 80% of Lib Dem MPs from Parliament (yet the Lib Dems have since appointed Dr. Cable as their leader). Now 80% of Labour Party members are against Brexit, and Jeremy Corbin seems determined to antagonize them in exactly the same manner, which I'm sure will lead to a similar outcome if he persists. Meanwhile, his supporters continue to point to the large increase in the share of the vote which Labour ‘won’ in the last election, but seem to have forgotten that this was due to the collapse of UKIP, and that Mrs. May also benefitted from the same windfall.

What must be frustrating many voters is the way that both main parties seem to have no shame about abandoning their integrity. Mrs. May and her cabinet promised that Brexit would be easy and would benefit the UK, and Mr. Corbyn promised that the Labour Party membership would determine its policy. Both have effectively abandoned these positions, while continuing to pay them lip service; and now the Government is failing to govern, while the official Opposition is failing to oppose it. Both parties refuse to engage with opinion polls which show public opinion strongly against Brexit, or with the Electoral Commission's ruling that the Brexit referendum was influenced by illegal spending, or with with the High Court's ruling that, if the referendum had not been purely advisory, the cheating would have made the result void. In earlier times, so many broken promises and such strongly proven detachment from reality would have forced politicians to resign.

I'm well aware that every generation thinks this, but I can only conclude that our current rotten set of senior politicians are not as good as the ones we used to have. Surely British politics has never been conducted so appallingly badly, at least since WW2, as now. 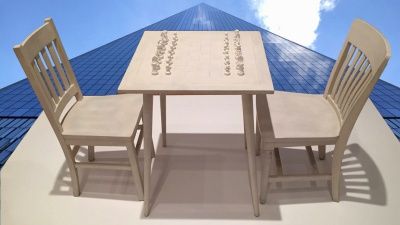