I've now posted a photo to my Instagram every day for 6 months. I'm halfway through the first year, and a quarter of the way through my two-year part-time degree.

The idea behind posting a daily photo was to document my time as a student, and the idea behind using Instagram was to evaluate it as an alternative to flickr, which I've been using for over a decade without giving much thought to alternatives.

Instagram's mobile app is far superior to flickr's. I've never used the flickr app much, because it has the same half-finished, half-assed feel that some areas of the flickr website do. The icons are hard to interpret, some albums on the phone mysteriously fail to appear (they all appear in Instagram), and the camera roll won't show photos in the order you uploaded them in (actually, it's worse – it shows videos and screenshots under the date of upload, but photos under the date of shooting, which is awful if you ever edit and post photos from months or years ago like I do). On the other hand, flickr's website is much better, richer in functionality and supports proper moderated groups as well, of course, as non-square photos. Flickr lets you zoom into high res photos to look at details; Instagram doesn't, being clearly oriented to “snaps” rather than high quality photography.

So I find myself posting my “best” photos to flickr, usually after editing them on my Mac desktop, but IG works better for a photo-every-day documentary project, where speed and convenience are more important than careful editing and curating. I've often posted a “first draft” of a photo to IG, then later edited it and posted it to flickr, where I can organise my photos into albums and submit them to groups. IG has neither. It has hashtags, but they're unmoderated and tend to be full of advertising (for instance, companies that want to sell stuff to students tag their product shots with #newcastleuniversity – which seems to serve both Newcastle UK and Newcastle AU).

Another difference that surprised me is that on IG, most of the “likes” my photos get, come from companies who want to sell me stuff. I get very few likes from my friends, but far more from companies, especially in Newcastle - especially Blue Line Taxis, who appear to “like” every photo tagged in the area around the university. At first, I found such insincerity irritating. But the platform makes it very easy to ignore likes. (Most of my flickr photos get no likes at all, so I've never become addicted to them.)

I've done “take a photo every day for a year” projects before, twice (plus that time I gave up half-way through). I've been reminded that the thing I like about doing it, is it makes me look at my environment much more carefully, always looking for an image that's meaningful to me. It fosters mindfulness. It gets harder as you go on, and I've never attempted a two-year project before. But I'm in an interesting, transitional time of life where I'm changing location often. So it hasn't been a burden so far, and having a very simple app like Instagram to do it with helps. So far, so good. 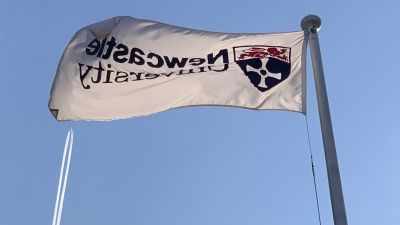