yonder all before us lie deserts of vast eternity - Andrew Marvell

Time and space are important issues in the novel I’m writing. It’s mostly set in the early 80s, because there were a lot of things I remember that I wanted to write about. That’s not a problem at all.

Space isn’t a major issue. I wanted, from the outset, to write a novel with a strong sense of place. In this I was spurred on by reading Fiona Mozley’s novel Elmet, which was nominated for the Booker. I grew up in what was once the Saxon kingdom of Elmet; a railway line was within sight of my bedroom window, and on the far side, just out of sight, was the church at Sherburn-in-Elmet, which stands on a hill that where there was once a palace of the kings of Elmet. So I picked up Elmet expecting to recognise the setting, but I didn’t. There were a few references to landscape and fauna in the first couple of chapters, and from then on, the setting was bafflingly generic. The protagonists live next to a railway line, but it’s almost never mentioned, apart from a vague mention of getting to know the train times. This is obviously just invention, since having actually lived there, I know that most of the traffic on those lines is freight, which does not follow the strict timetables of passenger services. I have never read a book, that is named after a place, that has so little sense of place. My novel will be different, full of the sights and sounds of coal-mining Yorkshire as it was in the late 70s and the 80s.

Time is a much bigger problem. I’ve set myself the task of writing a novel that follows my characters right through the Thatcher era. But there must inevitably be gaps, which need handling in some way. I’ve recently read Box Hill, Adam Mars-Jones’ gay dom-sub novel, which spans 6 years, and he insouciantly slips phrases like “the following year” into the middle of paragraphs; and Sally Rooney’s Normal People, which titles each chapter with the time that has passed since the previous one. I don't think either of those techniques are right for my novel. My two parallel protagonists go off and do different things in the years when they are apart, so if I simply skated over several years for one character in a couple of paragraphs, I’d then have to rewind and do the same for the other. Inserting something diagrammatic, like a timeline, feels too un-literary. If I just ignore the problem and pick up a character three years later it would confuse the reader too much.

If there’s some other way that I haven’t thought of, please feel free to email me, or DM me on Twitter or other social media; my addresses are at the bottom left of the page.

Cover image: I had in mind “this is the age of the train”. Image CC-BY Phil Sangwell via Flickr. 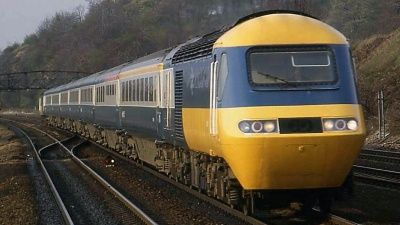 next:  the end is nigh

previously:  where the story began