When I started my MA course in Creative Writing, I told a few people the story of how I started writing. I've been doing this for many years: parcelling up little bits of my life to tell people, friends or lovers or random strangers sitting next to me on an aeroplane. A little gift, inexpensive and probably more fun to give than to receive. It’s only relatively recently that I’ve realised that what I'm doing when I do this is storytelling: making little stories, anecdotes, out of tiny fragments of my own life.

In talking about how I started writing, I’m answering the question (often unasked), how long have you been writing? It follows on from: what led you to become a student of creative writing at the age of 50? The answer is I’ve been writing stories, in my own time, since the age of 9.

Miss Pinner was a supply teacher, filling in for the 1977 autumn term following the retirement of the teacher who had taught my older sister at that age (come to think of it, an event which shouldn’t have taken the school by surprise). She must have been younger than any of our other teachers, and had modern ideas. Anyway, she clearly loved English, teaching us about verbs and adverbs and adjectives with flash-cards, which we hadn’t seen before. I don’t know if she was an English graduate, but her English lessons are by far the most vivid in my memory. But I owe her more than my solid grounding in grammar.

She used to set us writing exercises, and sometimes set us the task of listening to a short piece of music, imagining a story to fit the music, and writing that. In a way it was exactly the kind of exercise we were sometimes set on the MA in Creative Writing: here’s a prompt, you have 20 minutes, and there’s no time for plotting or thinking about character, you just have to go with your first idea.

The first piece she played us was Grieg’s In The Hall of the Mountain King, which starts quietly and builds up to an energetic crescendo. I wrote a story which started slowly and built to a climax (I no longer remember what it was about), and received unequivocal praise for it, and again for later writing exercises. But even if I hadn’t had the praise, it had opened my mind to the idea that writing down a story can be a fun thing to do, an activity enjoyable in itself, enough so that it became one of the main things I did when left to myself.

One inspirational teacher started me on writing stories, at the age of 9, and I’m still doing it. That’s the shortest version of the story.

I was heartbroken when Miss Pinner left us after just one term. At the same time, we moved from the high-ceilinged Victorian junior school (where my class of 36 rattled around in a classroom big enough for 60, with a dais at one end for the teacher) to a brand new building provided by the County where the windows steamed up and 36 of us had to cram into a classroom designed for 30. Miss Pinner probably spent the rest of her career in similar schools, since the rising population meant that the high-maintenance old buildings were being decomissioned (and turned into posh apartments with mezzanines). I wonder if she ever told stories about the quaint old Victorian school in a tiny Yorkshire village that she once taught in for a term.

In hindsight, Miss Pinner was my favourite teacher at junior school. Who knows if I would have ever begun writing if not for that spark to ignite the tinder of my imagination? Perhaps she was my favourite teacher overall, though I more often think about Mr. Watson, one of my English teachers for A-level. Come to think of it, what they have in common was they both went out of their way to expose us to a lot more ideas than the syllabus required. Some of them stuck. My strongest talent is probably my ability to be analytical, and Mr. Watson was able to connect this to literature and unlock an aptitude for textual analysis. I always got As and I wonder if he was disappointed that I didn’t go on to read English at university, which I clearly could have done. Sometimes I wish I had. 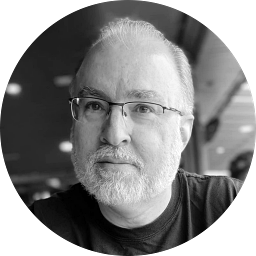 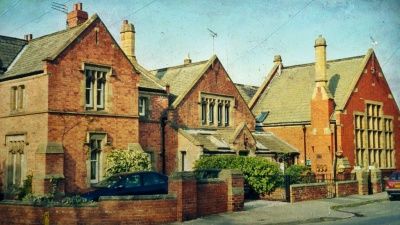 next:  yonder all before us