It’s been a strange summer. It can’t be the first year I haven’t had a holiday, but it’s the first year that a global pandemic has forced me to cancel my holiday and stay at home for month after month. Since the “lockdown” on 23 March I haven’t been more than three and a half miles away from the river Tees.

I’ve had plenty to do, finishing my MA in Creative Writing. In fact, I’ve done almost nothing else besides writing. By next weekend I will have spent 100 days working on my novel. It’s been the first time in my life that I’ve been able to do such a thing (and may also be the last, unless I live to retirement age). It has been a very interesting experience: working on the same project day after day has meant a very low ‘start-up time’ each day. In the past, working on my writing only one day a week, I would often spend the first hour or two getting my head back into the story, but working on it every day, that hasn’t been necessary and so I’ve been far more productive. Often, I’ve had an idea one day and used it the next day or a day or two later. If those days had been spread over a month, I wouldn’t have remembered all those ideas and would have ended up, again, spending a lot more thinking time dreaming up something new.

My 12” MacBook has been the perfect tool for the job. I’ve loved it since I first got it, back when I had a job and wanted a light notebook to take with me to meetings which were often in other countries. The MacBook weighs well under a kilo so is perfect for this, and I chose the gold colour so that when everyone comes back after lunch to a table with closed laptops all round, mine would stand out from the rest (and because it’s beautiful). Having spent five months doing little else but type on it, I have to say I really like the keyboard and appreciate the vividness of the retina screen very much, especially after looking at any other computer. The crispness of fonts on the retina screen is a beauty to behold. I love my MacBook so much that I’ve started to have stress dreams about losing it somewhere. (Oddly, the MacBook has now been discontinued in favour of the new MacBook Air which is a third of a kilo heavier, deterring me from ever upgrading.)

I would also recommend my Acme Made Skinny Sleeve cover, a zipless, water-repellent sleeve for the MacBook, though I wish it had a cable pocket.

I’ve also had a good experience using the Scrivener software for writing my novel. In recent years I’ve done all my writing using a no-distraction markdown editor, but having bought Scrivener last year for my course on screenwriting, I thought I’d give it a go, and its organisation features have proved invaluable for marshalling the amount of stuff you need to write a 100,000 word novel. I especially like being able to put each scene in a separate document, giving me a scene index which I can use to flip between scenes instantly. I like the corkboard feature for organising the plot and the separate areas for character sheets and notes. Scrivener makes Word, with its File menu and Load/Save functions, look like a dinosaur from the floppy disk era, which it is. It doesn’t belong in the same world as my solid-state, fanless, 900 gramme MacBook. 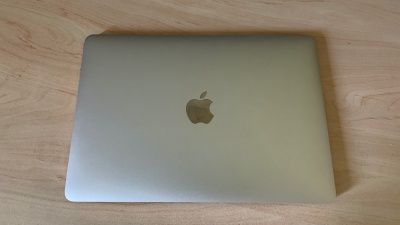 next:  the crashed motorcyclist test

previously:  the end is nigh