As an alumnus of three UK universities, I regularly get communications from them written in a tone of breathless excitement about some new development concerning their organisational structure. Birmingham University constantly reorganises, renames and rebrands itself and throws abbreviations at me like “your EPS” without troubling to explain them. Just last month it invited me to revisit my department (in a building which didn't exist when I was there) for a “special reunion for the anniversary of your graduation” – what's special about the 27th anniversary?

And this week I got an email from Newcastle University insisting that the fact it is replacing a directory with a portal is “exciting” (even though it's not going to happen until “the autumn”).

Well, I'm sorry, but it these internal reorganisations – always billed as a success before they even happen – fail to thrill me, and I can't be the only one. By talking up what a huge improvement it will make, for example, to rebrand faculties as colleges (Birmingham, using “college” in a different way to the centuries-old collegiate UK universities such as Oxbridge and Durham, but failing to explain the difference) they are tacitly admitting that what went before was inferior. They're telling me the facilities they had when I studied there were, by comparison, poor. Well, thanks. What could make me prouder of my time there than being told that things weren't good enough then?

In a similar vein, another email I received this week was from the trade magazine Computing. It's now “even better” because the new website was built “with you, the reader, in mind”. So the old one wasn't, then? The websites it's had for the last 20 years were rubbish, by implication, yet they don't see fit to apologise? And apparently the new one is “fully-responsive”. I think it's incorrect to hyphenate a compound adjective when the adverb ends in -ly, but then again I'm not a trained journalist, I'm a developer. I've been doing responsive web design since 2000, though we called it “fluid layout” back then, so why has it taken Computing 16 years to catch up? This question would not have occurred to me if they hadn't emailed me to point out what was wrong with their old website.

In short: don't contact your customers expecting them to be excited by your reorganisation; and if you're going to draw attention to the poor service you've been delivering for years, wouldn't some contrition would be appropriate? 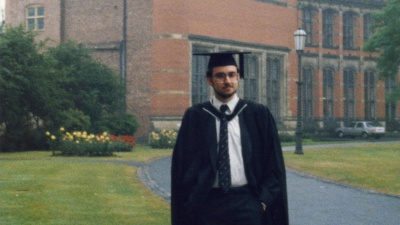