Microsoft announced recently that it has developed its own distribution of Linux. Having followed the IT industry since around the time MS-DOS came out, this is hard to digest and gives rise to some complicated feelings.

For those who haven't been following Microsoft's long-running rearguard action against open source software (OSS) so closely, Microsoft is the company whose CEO once declared that Linux is a form of cancer, thus simultaneously offending everyone who had ever contributed to an open source project, and everyone who has ever had a family member die of cancer.

I didn't really know anything about open source until 1987 or so, when Richard Stallman came to my department and gave a seminar about GNU. Since then, I've been a wholehearted supporter of the OSS movement (though not quite so wholehearted about GNU). It fitted with my preference for Unix-based operating systems, which I was developing at around the same time. Back then, Unix-type systems were known as “open systems” because their vendors were actively working together on open standards making their systems increasingly compatible.

Before the late 80s, computer manufacturers each had their own proprietary systems, leading to vendor lock-in; once you had chosen a vendor, say IBM, you couldn't easily buy someone else's computer next time, because any software you invested in wouldn't work. But with the rapid rise of Internet Protocol (IP) based networks, the world was demanding far more interoperability, and so the computer vendors converged on unix, based on open source and open standards. Some vendors tried to maintain some lock-in even in this period, particularly IBM; their AIX was the least compatible, and the biggest pain to work with, of any unix I had to deal with professionally; the other flavours I have been paid to administer were SunOS, Solaris, Ultrix, DEC Unix (OSF/1), Mach (Encore), Domain/OS (Apollo), Irix, HP-UX and Linux.

By the early 1990s, when Linux came out, every major OS vendor supported open source based operating systems, except one: Microsoft. In what is probably the world's most far-reaching ever case of “Not Invented Here syndrome”, Microsoft has shunned the rest of the industry and gone down the route of attempting to maintain vendor lock-in, and still does to this day. Rather than adopt a tremendously secure and mature unix kernel, Microsoft has forced one version after another of its buggy, bloated, insecure rubbish on its largely captive audience, reinventing the wheel frequently, with a new set of pain points and security problems each time round.

This appalling treatment of its users has made me feel that Microsoft has been a force for evil in the world, for decades.

The new announcement reflects the fact that Microsoft wants to get into embedded systems and the Internet of Things, but understands that a small, efficient, secure OS is needed, but Windows won't work for that due to being insecure bloatware. The solution, of course, is to use a unix-type OS like virtually the whole of the IT industry has done for all of this century.

Could this mean that MS will finally see sense and use a linux microkernel for the next version of Windows? Given their intransigent history, I think it's probably too early to raise any hopes. 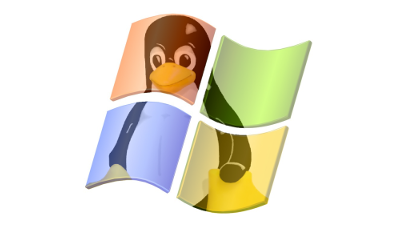