I was recently asked why straight cis people should care about eliminating homophobia and transphobia – what's in it for them? (Presumably it's obvious to anyone what's in it for LGBT+ people.)

Before assessing the benefits of eliminating homophobia (which for these purposes let's assume includes lesbophobia), biphobia and transphobia, it’s important to understand that you can’t eliminate those without eliminating their causes. So what are the causes of LGBTphobia?

In order to eliminate LGBTphobia you would have to eliminate all those things, and I’m sure any sane person would agree, the world would be a tremendously better place without that nasty pile of prejudices!

So, apart from the obvious benefit to the victims of LGBTphobia, how would non-LGBT society benefit from getting rid of all that hate and discrimination against LGBT+ people? Even just thinking about LGBTphobia alone, there are obvious benefits.

As I said, those are just some of the direct benefits from eliminating homophobia, biphobia and transphobia. But since you can’t eliminate those without also addressing intersecting problems like mysogyny, toxic masculinity and toxic religiosity, there would be heaps of other benefits as well! 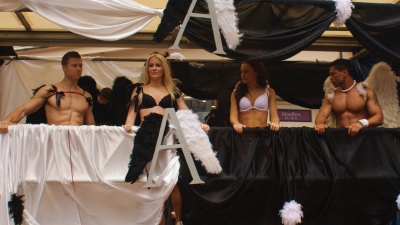 next:  adventures in social media