I've used flickr for nearly a decade as a convenient way of sharing my photos (mostly with my mum). But as well as using it to share my own work, I also participate in flickr groups, and in particular, for the last few years I've been the main (almost the only) moderator for the Creative self-portraits group. I visit the group at least twice, most days, to approve (or occasionally reject) new photos. At this point, I've probably clocked up more hours doing that than uploading and tagging my own photos.

It's a mature group, with well over 20,000 members and over a quarter of a million photos; it gets a few dozen new submissions a day, of which typically two to four are inappropriate. That used to be higher, but after several years of hand-moderating the group and ejecting persistent or blatant rule-breakers, the quality of contributions has gone up.

The main reason for rejection (and the ejection of offenders from the group) is the group's mission to be a community for sharing self-portraits. Not all submissions are portraits at all: people post photos of landscapes or animals (most often cats, but we get all sorts). And some people post portraits that are not self-portraits, often male photographers posting photos of skimpily-clad young women. Some of them have the cheek to credit the model in the photo description.

More subtle is the intention for the group to be about creative self-portraits. There are lots of self-portrait groups on flickr, including ones specifically for timer shots or arm's length snaps, and flickr nowadays has more phone photos than DSLR images, so you can imagine how many artless selfies there are around - and there are many groups which welcome them. But our group is for the creative images that required some imagination to come up with. To clarify this we have guidelines which say that shadows and reflections aren't self-portraits, and we also rarely accept body part close-ups such as a few fingers. Beyond that, it's a judgement call, and we (or at least I) err on the side of accepting almost anything else, unless it's really very clearly uncreative. So I only reject work where the subject set up (or held) their camera, in some ordinary everyday environment, looked straight at it (often with a vague expression) and took a snap, and the whole thing required only a second or two and no thought at all. We only get one or two of those a week. The other things seem to have fashions; a couple of years ago, we were getting photos of feet (bare or simply a photo of a pair of shoes) every day, and if we had accepted them (or had no moderation), the group would probably contain a thousand near-identical such photos by now. I don't enjoy the sense of “policing” the content of the group, but I do get satisfaction from having a high-quality group as a result.

I'm sure that having lots of very high-quality photos in the group pool helps to encourage high-quality submissions. But it's clear to me, from this group and others, that some people never visit the groups they post to, and are simply intent on publicising their work as widely as they can. My Sporty Mercedes group regularly gets pictures of non-Mercedes cars, but not so often that I need to moderate all submissions, I just weed them out once a week or so. My City Across The Water group only gets an off-topic photo about once a month (it's a very small group), while my Teesdale group, which is getting close to 10,000 photos, virtually never gets an off-topic picture; I don't remember last time I had to delete anything. I'm not sure why this is. Lots of other groups that I'm a member of get lots of off-topic contributions which I find very frustrating. It's selfish of people to spam their photos across irrelevant groups, and the moderated groups tend to be the ones most worth visiting.

Flickr's group system is pretty basic, and it's a shame it hasn't been developed further. There was a tentative redesign two years ago, which has been carrying a “Beta” label ever since, but it still lacks features which would encourage more groups to go moderated – such as the ability to whitelist regular high-quality contributors, or apply tags automatically without having to write a bot. Flickr does have an API, but it doesn't include any ways of accessing a group's moderation queue.

Even so, I am happy to hand-moderate “Creative self-portraits”. The array of creative talent on display is amazing, and a constant pleasure to look at. There are also some people with excellent Photoshop skills, so there are both talent and technical skills on display which far exceed my own. I rarely post my own work to the group. As ever, my critical abilities outreach my own creative skills.

You don't have to be a moderator to enjoy a high quality flickr group like Creative self-portraits, but the fact that my moderator role takes me there every day gives me a constant source of enjoyment in other people's creative imagination. 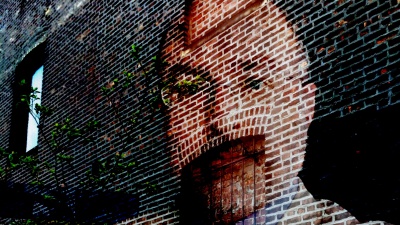