I've noticed one or two of my Creative Writing classmates referring to themselves on social media as a writer. Perhaps it jumped out at me. Obviously I do writing (the evidence is right here), but I don't really think of myself as a writer.

For thirty years, I've looked upon identity labels as useful things. Labels are communication tools, and identity labels help people to come together, identifying what they have in common; and that's especially useful when what we have in common is being the targets of prejudice or discrimination. In recent years I have come across a tendency in political discourse to denigrate ‘identity politics‘, meaning political activism based on these identities, which I suppose can be seen as single-issue, separatist or divisive. But it's striking that such criticism always seems to come from able-bodied white heterosexuals. It smells to me a lot like when men debate abortion.

I have accrued a lot of labels; the about me page on this site (which I wrote in 2013) begins with a list of them: ‘Yorkshireman, buddhist, bisexual, middle-aged, writer, photographer’... writer is on the list, but it comes after middle-aged. I'm sure I have never uttered the words ‘I'm a writer’ any more than I've ever said ‘I am middle-aged’. But I do go around telling people, whenever it's even distantly relevant, that I'm from Yorkshire, bisexual and follow Buddhism.

Yesterday I had a shouty conversation in a bar with my cousin, who did a BA in English. He mentioned some researches in feminist theory for a dissertation, and I told him about mine, for the essay on my recently-completed screenplay. My screenplay is about a transgender Catholic priest, and one of the key ideas in understanding the transgender experience is the feminist concept that gender is performative – an idea which I knew about, but which I now know comes from a book called Gender Trouble. What struck me while developing my screenplay that being a priest is also performative, and an identity label. Someone with a vocation for the priesthood could well be said to identify as a priest, and there can surely be no disagreement that priesthood is a social construct.

In fact, as a buddhist, I tend to think that pretty much everything is performative. That's exactly why I prefer to tell people that I ‘follow Buddhism’, because as I understand it, Buddhism can only be performed. The Eightfold Path is a set of practices, not a tick-list of do's and don'ts (mostly don'ts) that theist religions have. Our lives are a series of moments, and in every moment we have choices, although most of us avoid the burden of constant decision-making by cruising on our personal autopilots most of the time. Nevertheless, living is inherently doing, and it is what we do, and how, that define us.

If the act of doing this writing does not make me feel like a writer, what would it take? Is it about quality? Are only people who get published ‘proper’ writers? (Some of my classmates have already achieved that.) Or is it only people who have won a prize, or had a publisher's advance, or actually make a living from being a writer? (Which would exclude all of my teachers, many of whom have published and won prizes.)

I'm sitting writing this under a tree in Bryant Park, with city noise all around and people constantly strolling past. Would those people think of me as a writer just because I've been sitting here tapping away on a MacBook for half an hour? It's nothing unusual, and I don't believe anyone has actually even noticed me. From here, I can see at least a hundred people sitting staring at their phones. Two grey-haired sixty-somethings in shirts and cream chinos are having a lively debate a few tables away. Nearly everyone that walks past, who isn't alone, is in a mixed-gender couple. The sun is low, shining through the gauzy summer dress of a blonde who just walked past, revealing the shape of her legs. A young man with short hair goes past the other way talking loudly on his phone about business in Texas. Two women, of different races, are having a mutual support discussion with constant sympathetic hand gestures. Life is going on. And this piece of writing is getting longer, but it is going nowhere, and the answer to its question is not in Bryant Park this evening. 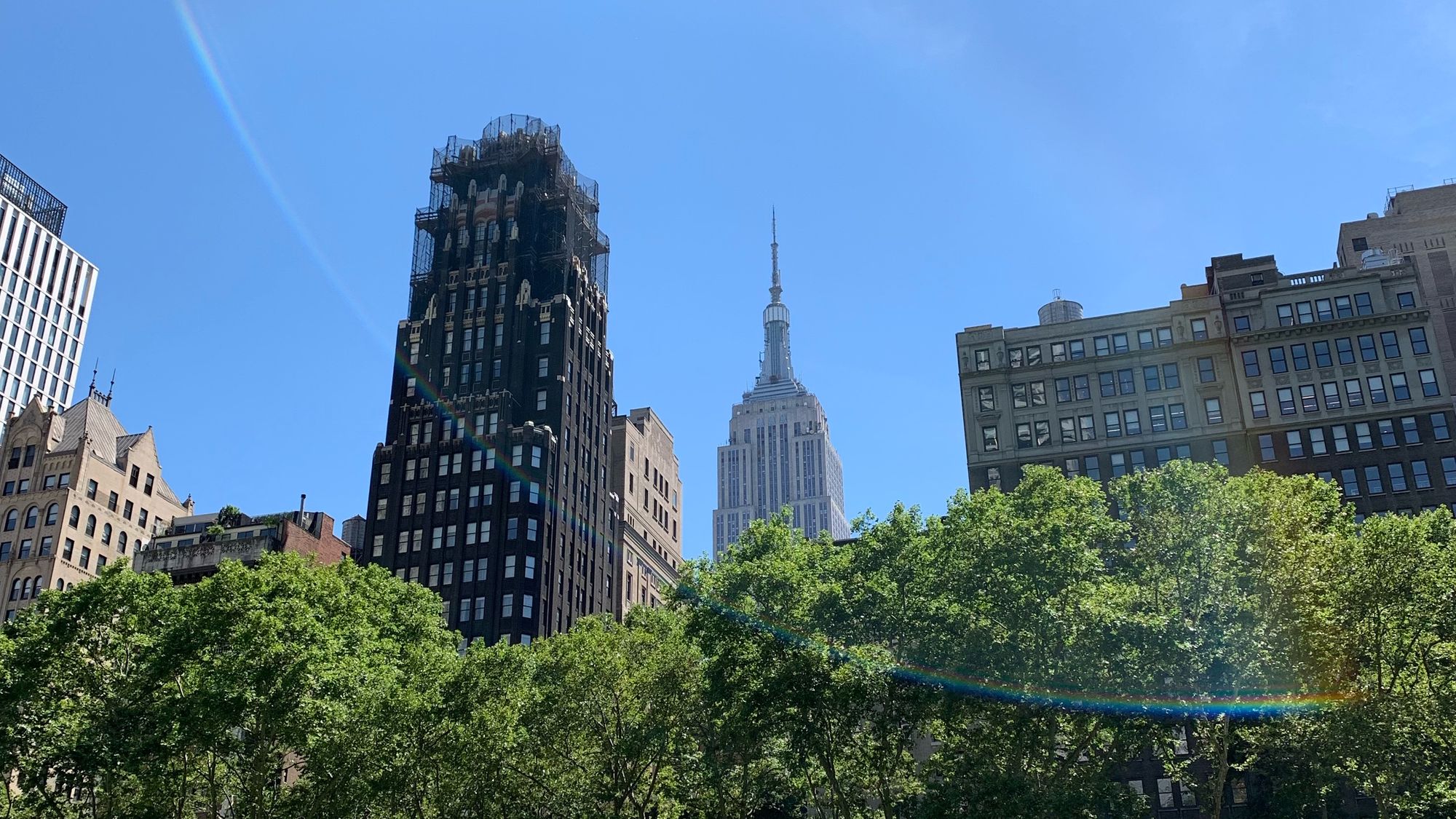