Single people have traditionally hated St. Valentine's Day (in our modern, secular world now just called Valentines Day) because it supposedly celebrated coupledom - though personally it was always the crass commercialism of greetings-card makers that I found repugnant. Greetings cards are not only completely useless things that we don't need, they're a pathetic way of expressing love ("I love you enough to spend £1.75 on something mass produced"), falling even below petrol-station cut flowers.

But there's a whole other side to "v-day cards". Having actively discouraged my various lovers from ever buying me one all my adult life, the memory was fading of just how awful they are. This year I popped into a couple of high street card shops on the off-chance that I might feel differently now. If anything the array of clichés and bad taste is worse than ever. Most v-day cards are just ghastly in their design, teddy bears and pink everywhere (pink has become the official colour of v-day, just as orange has become the official colour of October, or "Halloween Season").

In searching for just one visually tasteful card among the hundreds of nauseating ones, I noticed another development: the anonymity aspect of v-day, which was considered the one fun thing about it when I was young, seems to have been ditched. Most cards now clearly state the relationship of the loved one on the front: To My Husband, Wife, Fiancée, Partner (just two of these, on a tiny shelf labelled "same sex"), Girlfriend, Boyfriend. There were even cards that said "from the dog" (and cat) for people to give the loveless, rather than let them forget about the whole silly thing.

As I retreated empty-handed, it struck me that this lack of anonymity reveals that v-day is not now about romance at all, it's about commitment and insecurity. "I'll love you forever" says "I expect the same in return!" All the cards I saw were like this: "Look how committed I am to you! What do you say?" Even the few which didn't mention the word love were the same, for example "You're wonderful. Never stop." I want you to commit to that!

To me, the essence of romance is making someone happy without expecting anything in return, not demanding a massive open-ended commitment based on the obviously flawed idea that nobody ever changes over the course of their life. I don't know if valentines day was ever truly about romance, but its subversion by the v-day industry has certainly turned it into the opposite.

I love a lot of people. My partner, my family, my exes, my friends, everyone I know, most dogs, and nearly everyone in the world. If only there was a day to celebrate that. 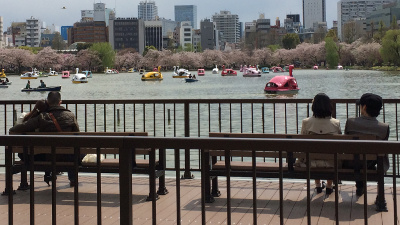