Manhattan's “High Line” - a disused elevated railway line that has now been repurposed as a public footpath - wasn't open yet on my last visit to New York, in 2011. I went to visit it this year. It's brilliant. It's like a very long, thin, public park. 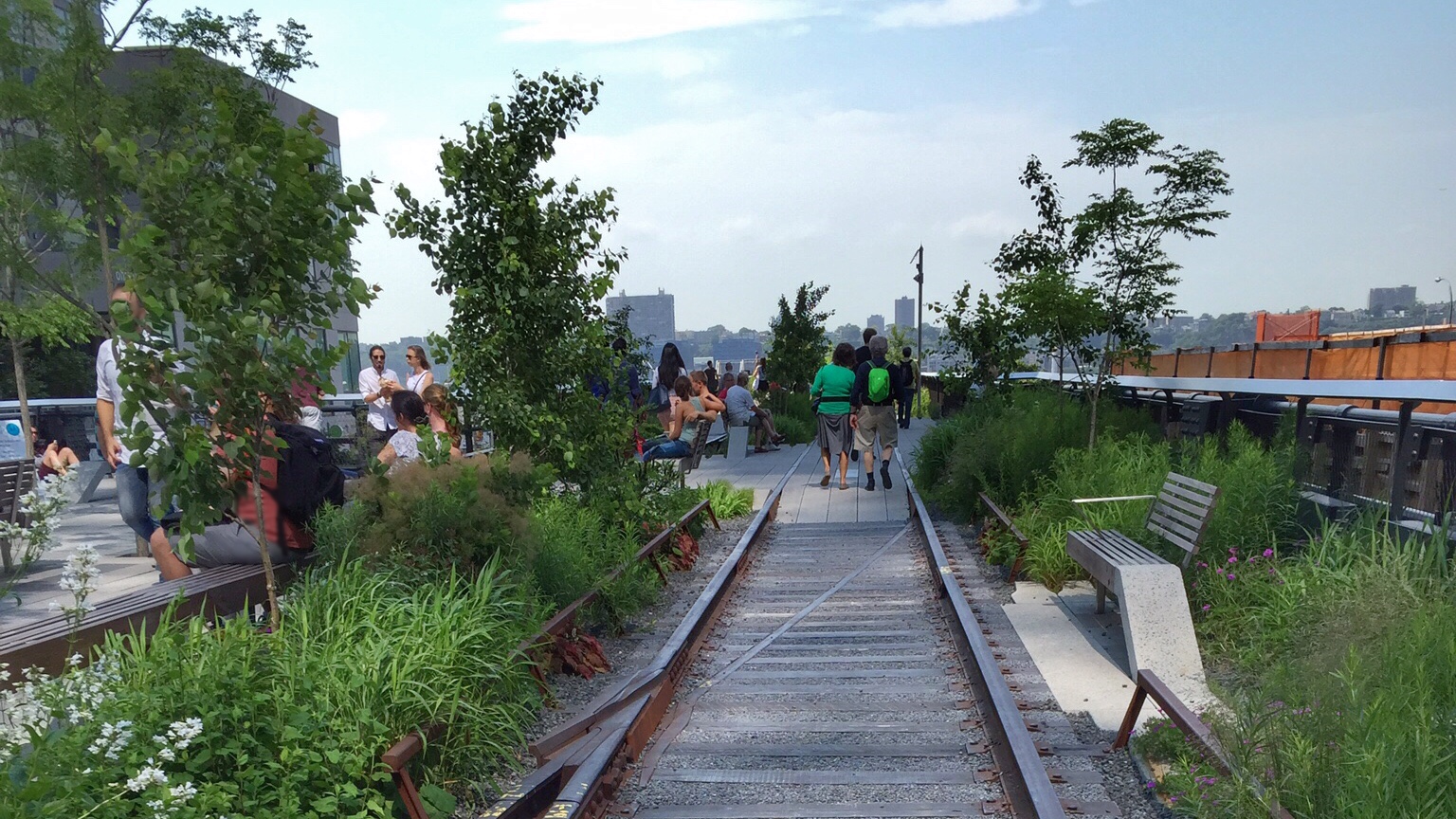 As well as being a splash of calm green space - which was being enjoyed by throngs of people on the Monday afternoon when I visited it - something else struck me. I was amazed how quickly I walked from one end of it, next to the Whitney Museum (a couple of blocks south of West 13th St), to the point where it swings west to go around Penn Station (at West 30th St). There's no way a pedestrian can walk so many blocks in one direction, so fast, at ground level. Why? Because there would be 19 intersections in the way and at each one, you must stand and wait for the lights to change, then cross while all the cars wait for you.

Modern, grid-based cities are almost completely organised to prioritise the needs of motor vehicles over all other modes of getting around. Cars are allowed to go anywhere; virtually every road has car access. Yet because people also need to walk everywhere, almost every intersection has traffic lights to allow pedestrians to cross, so that in a typical journey both pedestrians and cars spend a lot of time just waiting for each other. It's not a good system for anyone.

Wouldn't it be so much better, I realised, if there were “high lines” all over the city? Pedestrians only needing to walk one block would stay at ground level, but anyone going further would go up and walk without obstruction. On the evidence of Manhattan's High Line, people would do this gladly. The ground would be for cars, and intersections could be optimised for through-traffic. (You could easily make many more optimisations too, for instance by forcing cars on smaller cross-roads to turn onto the major routes, and by banning anything but delivery vehicles on the smaller roads in the daytime.)

Traffic would flow more freely, road throughput would be more efficient, and walking would also be far quicker. What's more, by providing a much more pleasant (and vastly safer) environment for pedestrians, far more people would be inclined to make journeys by foot. You can also see where you are much better if you're higher up, and separating pedestrians from ground vehicles would also allow separate signage, optimised for each.

People don't tend to like to go underground; many people would rather wait to cross a street than descend into a dingy, perhaps smelly or unsafe-feeling tunnel to avoid the traffic. So subways tend to be under-used. I don't think the same reservations would apply to elevated footpaths.

The High Line provides a template for a new way of getting around that all modern cities badly need - and judging by the crowds I saw, they would be tremendously popular. 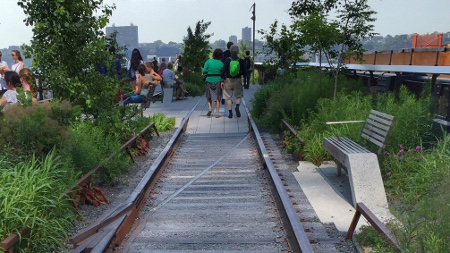 next:  I always hoped