...but it still isn't. Today people are rightly celebrating that gay couples can now get married in the UK. But while this is another huge step towards equality, I'm frustrated that we're still not quite there yet.

Now we have three pieces of major legislation on marriage:

It feels slightly pedantic to point it out, but this increasingly complex tangle of laws still doesn't provide equality for everyone:

I can't see a good reason for any of these restrictions.

In addition, there's confusion around civil partnerships - those of us in one can't call ourselves married, unless we divorce each other first, although we are told this might change soon, but only in England & Wales, and never in Scotland where the equivalent Act didn't make any provision for it.

And there's a pernicious new restriction in the new Act which means that from now on, transgendered people will need written consent from their spouse to obtain their Gender Recognition Certificate, which consent their spouse may withhold for no reason (or for a malicious reason such as to make their spouse's gender transition even more difficult, or to use it as leverage against them in divorce or financial or other family matters). This new rule is bizarre because now that we have same-sex marriage, when someone transitions there will be no change in status for the spouse, so why should consent be required? Unfortunately the trans community has virtually no lobbying voice.

The problem I forsee is, the closer we get to equality, the harder it will be to be to press for change, because fewer and fewer people will feel strongly enough to help. Stonewall, the only strong lobby group for lesbian and gay people (with occasional lip service to bisexuals) never supported gay marriage. Does anybody care enough to campaign to remove the final restrictions, and achieve genuine marriage equality in the UK? 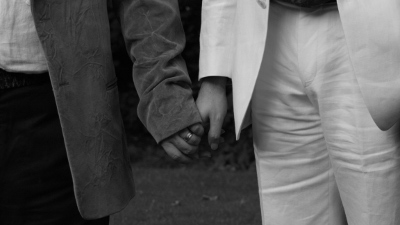