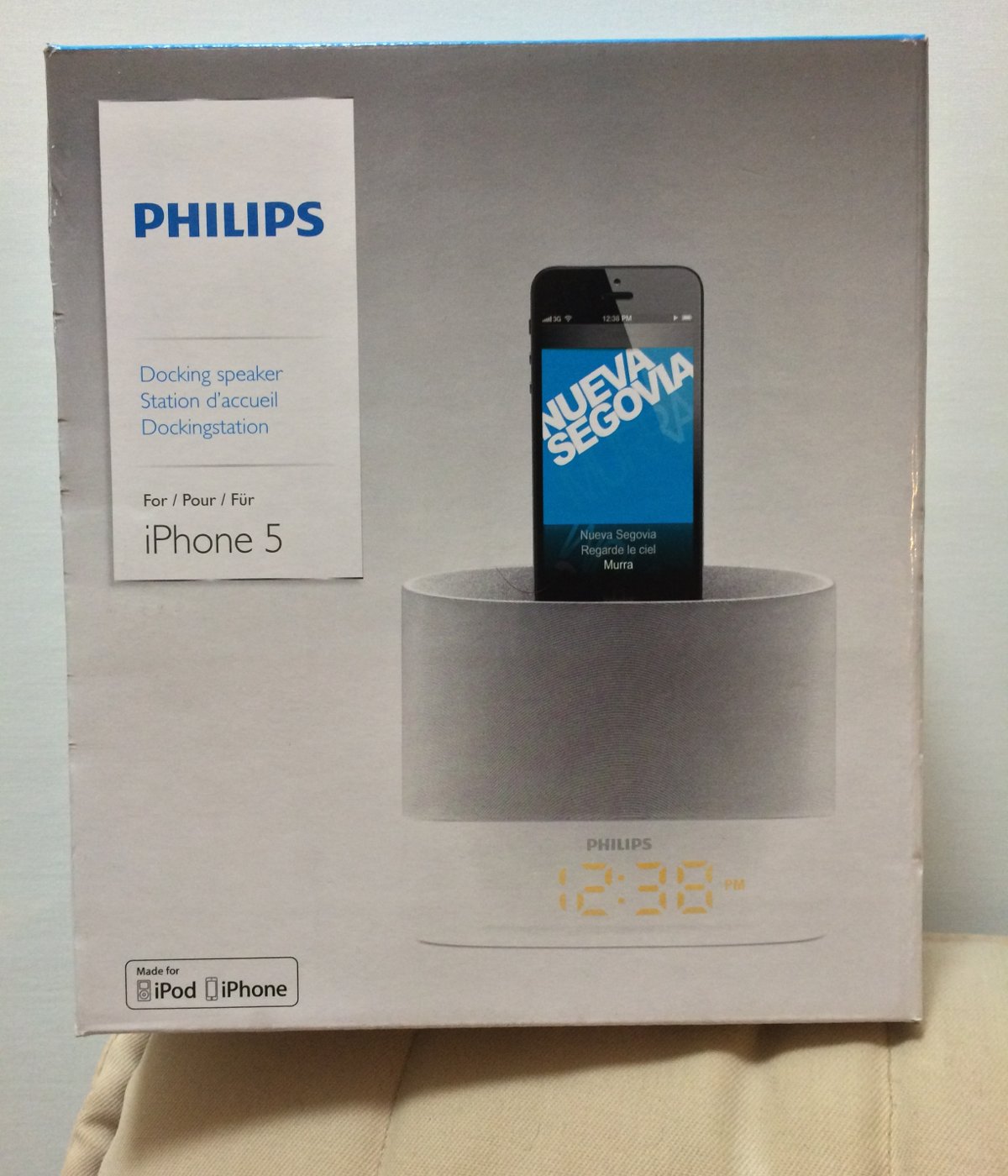 I'm enjoying my new Philips bedside clock so much that I thought I'd post a little review of it.

Officially a "docking speaker", its soft orange digital clock makes it perfect for use at the bedside.

I was given my first digital clock for my 9th birthday, and its warm red LED glow (which dimmed automatically in low light levels) kept me company in the dark for over 30 years. It had an alarm, but I never used it because its blaring siren, while impossible to sleep through, wasn't a pleasant way to be woken. So I kept a simple travel alarm clock for that; and eventually, got my first smartphone which had lots of benefits as an alarm clock, like being able to choose the alarm tone and have no alarm at the weekend.

When that clock finally failed, I bought an alarm clock/radio with a very similar red LED display. I didn't want an alarm clock or a radio, but I simply couldn't find a red LED clock without one. Its brightness couldn't be set. After two years, it simply died. Considering how well the previous one had lasted, I was unimpressed.

Since by now I was using my smartphone as my alarm clock, I bought an LED alarm clock - green, this time - with an iPhone dock on top. It too, had completely pointless basic alarm and radio functions given that the iPhone is a highly sophisitcated alarm and radio, but once again, I couldn't find one without them. Its LED brightness could be changed, but only manually. After iOS 6 came out, it could no longer play music from the phone, but since its speakers were tinny and rubbish this was no great loss. After little more than two years, one of the LEDs failed and it began to emit an irritating continuous high-pitched noise. When I replaced my iPhone, it had the wrong kind of dock anyway and had to go.

My new Philips unit (box photo above) has no pointless functions. You can change the brightness of the display and the format it shows the time in, and the volume, and that's all. Better still it has good quality sound for a unit of its size, with plenty of bass and mid-tone richness. It even comes with an app which can display a slideshow while the phone is docked, or an analogue clock plus weather. Well done, Philips. 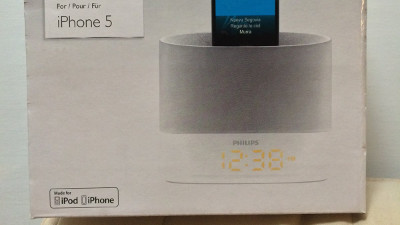 next:  Sailing to Byzantium